Yahoo's editors are committed to independently selecting wonderful products at great prices for you. We may receive a share from purchases made via links on this page. Pricing and availability are subject to change.
Derek Arbogast
6 September 2022, 10:13 am·4-min read

We unveiled some big TV sales for Labor Day. Surprise! They are still going! (One set got even cheaper.) And the timing couldn't be better: Fall marks the beginning of home-entertainment season, when Hollywood releases its best, most prestigious movies; the TV networks unveil their schedules and your fave series return; and the one sweet spot of year when baseball, football, hockey and basketball are in action simultaneously.

Today's extended Labor Day sales are a primo chance to get that new TV you so badly need and so richly deserve. We're talking nearly $600 off the 65-inch Sony of your dreams and a mega-popular Fire TV for just $90. And for something in-between, how about a high-def 50-inch that's been slashed by a third. The price of this LG 70-inch dropped even lower than yesterday!

Don't adjust your screen. These deals are for real. You can even score up to 30% off a slew of Samsung TVs and projectors. Read on and shop, shop, shop! 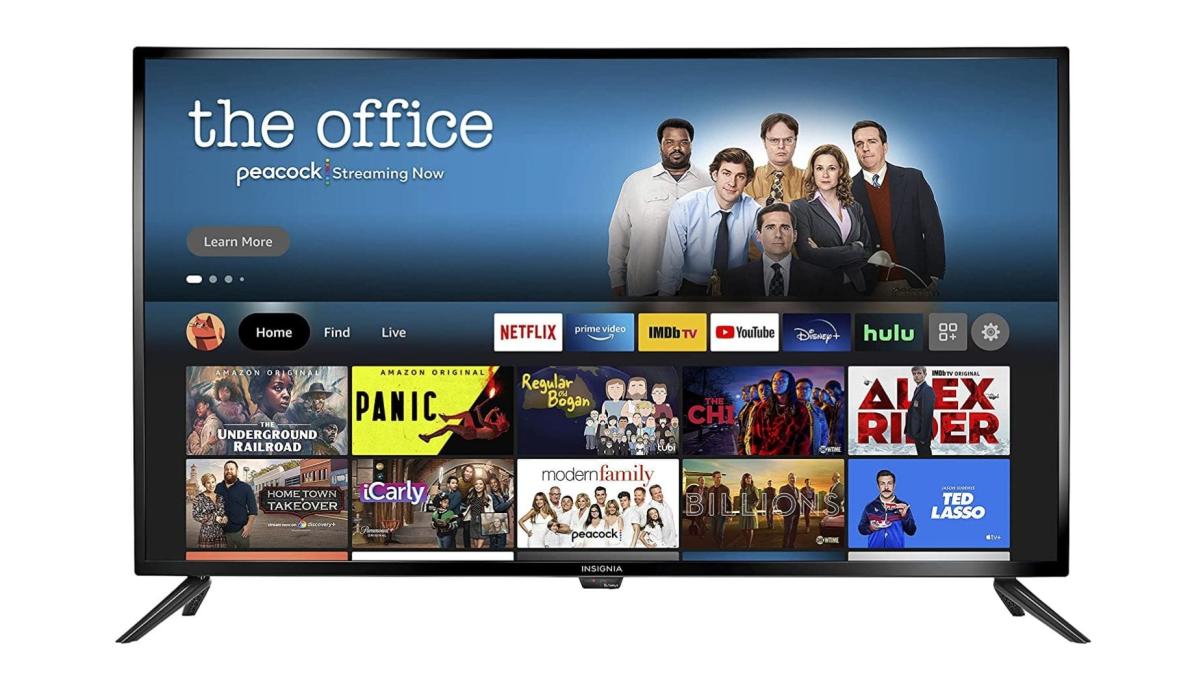 This HD Fire TV punches well above its weight for a 24" set. And its $90 price tag makes it a knockout.

You'll get no argument from us that, when it comes to the main family room, you'll be wanting to go big-screen, but there are any number of reasons to own a smaller set: Maybe you're in the market for a second (or third) television. Maybe you need something size-appropriate for a bedroom or den. Maybe you've got a kid who's about to head off to dorm life for the next four years.

Well, you won't do better than this gobsmacking deal on an Insignia 24-inch Smart HD 720p Fire TV. It features 720p resolution (perfect for this screen size), built-in Fire technology to provide access to over a million flicks and TV episodes, Alexa capability...and a price tag of just $90 — that's a 47% markdown.

"This TV is perfect!" said one of over 64,600 five-star reviewers. "I have ordered two for my spare bedrooms so that when guests come to visit they may stream whatever they like, as this little gem of a TV comes loaded with everything they could possibly want to stream from! Seriously no better value out there!!" 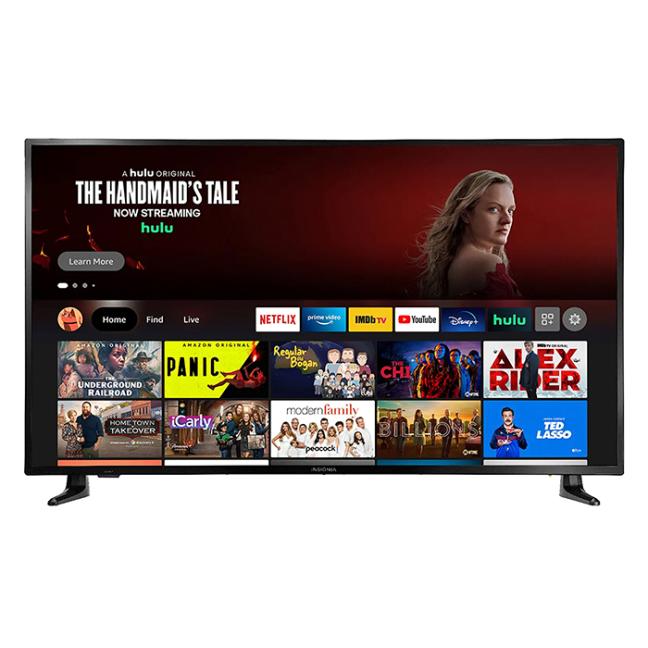 State-of-the-art picture, color and sound technology add up to a set that'll satisfy the most demanding sports fan, movie buff or gamer...and it's 30% off.

This ultra-high-def television has four times the resolution of a full HD one, which means an amazing, crisp picture. Plus, you can operate it with just your voice thanks to Alexa and the included voice remote.

"The colors are vivid and bright, the sound is great like a movie theater experience," shared a shopper. "The big plus: I have the Fire Stick built in it, [which] makes setting up easy, no complications. iI you want a great TV without the high price, this is the one great quality [and] gives the big brands a run for the money." 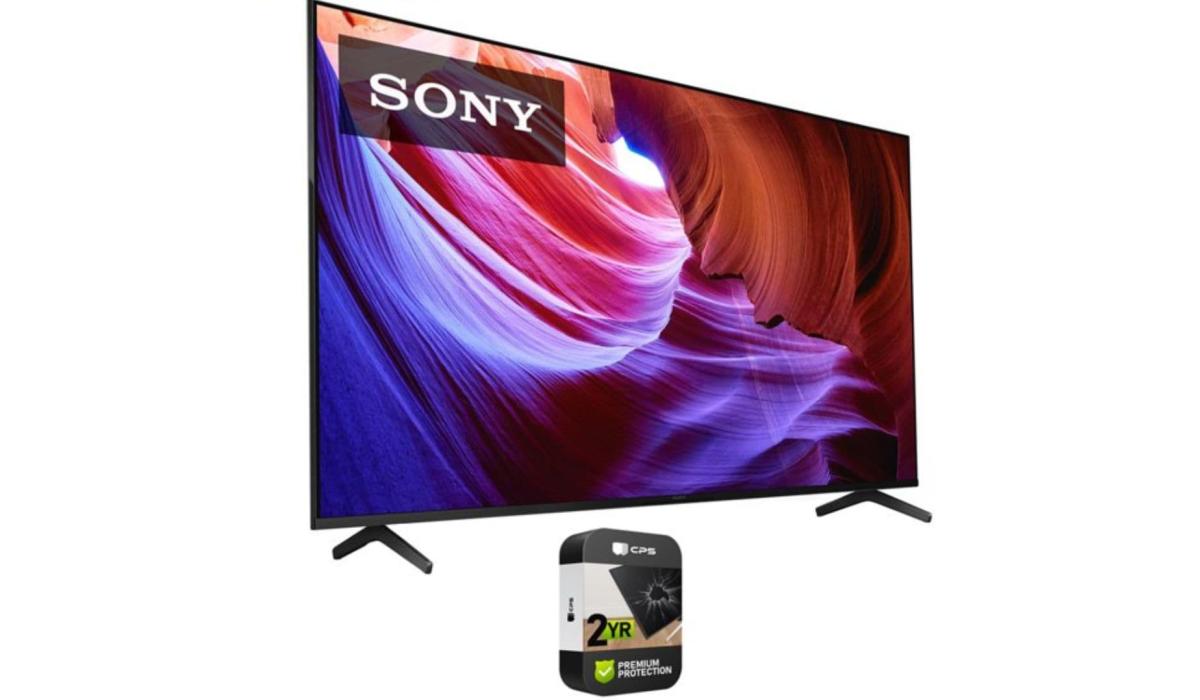 The X1 processor powering this set's 4K HDR will put you in the picture, as it were, while Motionflow XR tech and a 120Hz refresh rate will keep the action coming smoothly and crisply. X Reality Pro will automatically upscale Full HD content to 4K.

There's probably no TV manufacturer that can boast more intense customer loyalty than Sony. Many, many people simply won't consider buying any other brand. We're here to tell you: Those folks know what they're doing. Maybe you're one of them, or maybe you've had it in the back of your mind for untold years to one day treat yourself. Well, you won't get a better opportunity than this deal on a set that'll turn any living room into a true home theater.

If a thousand bucks sounds like a lot to spend on a TV, remember that this baby usually goes for $1,600. Given that it's a Sony, you can confidently expect at least a decade of flawless use. Your daily cost? Less than a quarter. And here's a nice little extra: This set comes with a free extended two-year warranty. You'll likely never need to use it, but what's wrong with a little peace of mind?