It’s been a rough night for fans of Forever, the only freshman ABC drama series to get cancelled this year just a day after the season finale, which closed some major storylines and teased new ones. (Forever also happens to be the only ABC rookie drama not owned by the network).

The axe came after some positive signs from creator Matt Miller, who sounded optimistic in recent interviews, and a ratings

uptick in the finale. That created false hope and made the cancellation news more surprising and harder to accept for the supernatural crime drama’s auspices and fans. Star Ioan Gruffud asked his wife, Alice Evans, to relay a message immediately following ABC’s decision. “It’s brutal, but that’s show business,” she wrote. “Ioan is a little shaken right now but he wants to reach out and thank the wonderful, loving fans who made the whole experience so magic.”

himself addressed the fans of the sophisticated procedural in a letter he posted on Instagram. (you can read it below in its entirety) In it, he bids farewell to “the role of my dreams,” immortal New York City medical examiner Dr. Henry Morgan. WBTV is known for trying to save its shows — something it recently did successfully with cancelled A&E drama Longmire – so Forever will likely be shopped to other outlets. In case it doesn’t work, this is a moving tribute to the series by its star.

Tonight, as you all now know, I received a phone call that I was hoping not to receive, and to be honest I really wasn’t expecting it. I knew the numbers hadn’t been great, but I also knew the studio and the network both loved the show, and of course that it had an incredible fan base…so I thought we were in with a pretty good chance.
But sadly no, this time the cards weren’t dealt in our favor. Show business is like that. Hell, life is like that. You ride to the top of the wave and then you come crashing down again. I asked Alice to send out the sad news because I was a little bit shaken up and needed time to gather my thoughts. 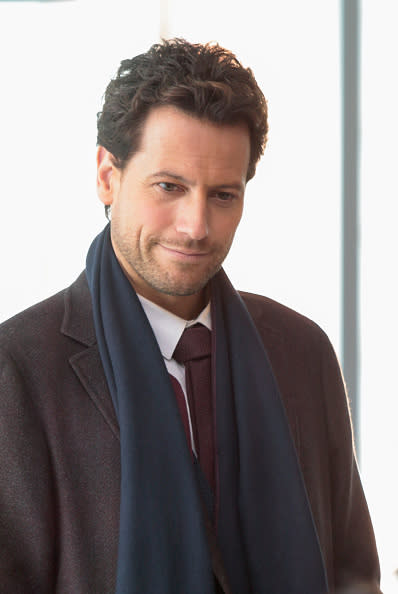 So I sat down and started reading the thousands of Tweets in response to the announcement. And the more I read, the more I couldn’t believe it. The love, the sense of solidarity, the hope, the kindness, the support. Not just for the show, but for each other. And slowly I began to focus on what we had gained in the past year, rather than what we had lost in the last five minutes. I was overcome by a sense of gratitude. To have met you all and to have you all rooting for me and the show. At having a chance to play the role of my dreams, even if it was only for a year. To have been given the chance to bring Henry to life.

Watching the interaction of the FOREVER fans come together and share their love for the show has been breath-taking. It was you guys who held me up when I thought I could no longer go on. (Those days were LONG!) You made me smile when you pointed out the little things I did on screen that I thought had gone unnoticed. You gave me confidence when I accidentally found myself reading less than shining reviews. You were always with me, every step of the way, waving your flags, shouting your support for the show. It’s been an incredible, wonderful year, one that I will never, ever forget.

Bubble Watch: Which Broadcast Series Are In Danger Of Cancellation